Posted on October 19, 2017 | Comments Off on The Ultimate Selfie 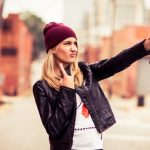 Recently I had my college English composition students write “process” essays that describe a how-to situation. One of the topic options I gave them was “How to Take an Amazing Selfie.” From those who chose that topic, I learned a lot of valuable information on how to make myself, LIKE, look AMAZING to LIKE my smattering of LIKE social media friends. Now that I know the secret, expect some AWESOME pics of me soon!

About the same time, I was grading these essays, I was directed to a blog post written by an author named Sharon Hodde Miller. The blog referenced her book Free of Me: Why Life Is Better When It’s Not about You. I read it in one sitting and the overall message has affected me. The author’s opening premise is that humans are naturally self-absorbed or self-focused, which, of course, is no surprise. Then she tells how her runaway “self” robbed her of her joy. “It affected my marriage,” she writes, “my calling, and even my relationship with God.” Miller states another obvious point: our self-images are “shaped by people, possessions, and profession”[1] which doesn’t surprise me either. However, her thesis goes farther than the obvious. She believes, as I do, that the tiniest voices around us speak the loudest, especially when it comes to self-worth. In her book, Miller says, “Think about how you feel when a friend receives more ‘likes’ or more comments on her photos than you. It’s easy to compare…”[2] and conclude that you are unworthy. A few little thoughts like that can be blamed for a negative total self-image. But low self-image isn’t the problem, I think. It is “self -preoccupation.” The only way to feel inferior is to focus on how we measure up to other people. The fight against self-preoccupation is continual. “There will always be more commercials identifying new flaws, more online tutorials teaching us how to improve our hair.”[3]

A book from which Miller drew some of her conclusions, is written by writer and pastor Tim Keller. In his little book The Freedom of Self-Forgetfulness, Keller follows the trend of self-preoccupation:

Up until the twentieth century, the traditional cultures (and this is still true of most cultures in the world) always believed that too high a view of yourself was the root cause of all the evil in the world. What is the reason for most of the crime and violence in the world? Why are people cruel? Why do people do the bad things they do? Traditionally, the answer was hubris – the Greek word meaning pride or too high a view of yourself…But in our modern western culture, we have developed an utterly opposite cultural consensus. [4]

Now we call it low self-esteem and so we try to make everybody feel good about themselves. That would fix the world’s problems, if we just felt worthy, right? Of course, we know this isn’t working either. Self-absorption is more rampant than ever. So, what do we do?

As Christians, we are encouraged to embrace and practice selflessness. Two gospel writers record Jesus as saying, “If anyone would come after me, let him deny himself and take up his cross and follow me.” (Mark 8:34 and Matthew 16:24). That, of course, is what is required of us in salvation. Surrender. But once we’ve done that, does that act of self-denial help us find our true value in everyday life? I believe it does.

Self (whether it’s disguised as hubris or inner loathing) is about focus. And focus leads to fascination, to fixation, to obsession, then to passion. And what happens when passion gets involved? We become driven and totally out of control! I want to stop this pattern in myself right now, and I’m finding that I have to do something about it every day. I’m learning to say, whenever I feel great or the opposite, “Hey, Nan, it’s not about you.”

This entry was posted in For All She's Worth. Bookmark the permalink.